How to Get Raves for Your Reviews

March 18, 2019• Physics 12, 30
At a celebration for the 90th anniversary of Reviews of Modern Physics, physicists spoke of the gumption, good timing, and perseverance needed to make a review article sing.
×

Lose the jargon. Be willing to give away your best ideas. Quality is everything.

These are tips from a trio of physicists on writing a great article for Reviews of Modern Physics—the world-renowned journal of topical reviews that turns 90 in July. At a celebration for RMP at the APS March Meeting in Boston, the researchers offered advice to future Reviews authors and reminisced about the publication’s influence on their careers.

“RMP was my first choice to learn about things,” said Antonio Castro-Neto, a condensed-matter theorist at the National University of Singapore, as he recalled eagerly waiting for the arrival of the latest issue as a student in Brazil.

RMP covers all active areas of physics with articles that provide not only a history and a survey of key results but also a view of where a field is headed. Most of its articles are invited by the journal’s editors, though researchers can pitch topics as well. Intentionally small, with only about 40 articles per year, RMP often ranks highest among physical-science journals with its “impact factor,” a measure of the number of citations per paper in a two-year time window. The high citations reflect the fact that RMPs often become go-to references for entire fields. And authoring an RMP is seen as a feather in a scientist’s cap. “A good review can change one’s professional life,” said Castro-Neto, whose RMP “The electronic properties of graphene” boasts the most downloads of any article in the journal’s history.

Castro-Neto’s story underscores the value of striking just as a field gets hot. His article came out in 2009, five years into the graphene craze. Konstantin Novoselov and Andre Geim, who later won the Nobel Prize in Physics for their graphene work, had already written a review of the field’s experimental developments. But Castro-Neto’s RMP, coauthored with Novoselov, Geim, and two others, was the first to cover the accompanying theoretical work—an area so active that it was still evolving as the authors completed their article.

Nigel Goldenfeld, a condensed-matter theorist at the University of Illinois at Urbana–Champaign, echoed the importance of timing. But he also made a playful bid for adding a P to RMP’s name—making it Previews of Modern Physics. A good review, he said, “should be about fields that don’t yet exist.”

As an example, Goldenfeld pointed to the 1967 RMP by Leo Kadanoff and others, which showed that vastly different thermodynamic systems behave similarly near their critical points. He also noted the 1975 article by Kenneth Wilson, in which Wilson solved the so-called Kondo problem using renormalization group theory. Goldenfeld pointed out that “previews” may turn out to be wrong, even knowingly so. But that “failure” can be “spectacular”—meaning that a well-crafted RMP highlights both a problem and its significance, thus catalyzing researchers to solve it. (Slides from Goldenfeld’s talk are available here.)

Capping the evening, Frances Hellman, a materials physicist at the University of California, Berkeley, described the sheer force of will needed to get an RMP out the door. In 2017, Hellman roped together 26 physicists across the US and Europe to write an article on the myriad effects associated with magnetic interfaces. She joked about the challenges of achieving a single “voice” with so many authors and in ironing out inconsistencies in terminology, such as the definition of the g factor for spin. “By the end of the article, no one was responding to my emails anymore,” Hellman said.

Ultimately, the high quality of RMP comes from the commitment of its editors and, in particular, its referees, said RMP’s Lead Editor Randall Kamien of the University of Pennsylvania. First and foremost, referees evaluate the breadth and appeal of the topic. “If [an RMP] doesn’t capture the reader’s attention in the first four pages, it’s not going to be a good review,” he said.

Reflecting on the ingredients for a successful RMP, Castro-Neto, who is now an editor with the journal, listed an open mind, hard-working collaborators, timing, and planning. “To get all these attributes together is not easy,” he said. “But when it happens, the payoff can be huge.”

Correction (20 March 2019) : The text was revised to clarify Nigel Goldenfeld’s point about a “spectacular” failure and to provide a link to his talk. 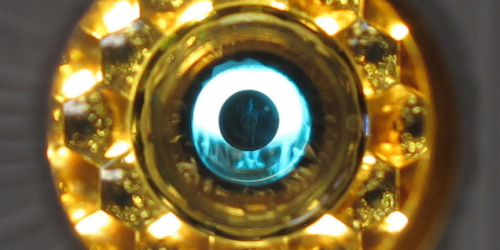