May 7, 2019• Physics 12, s53
Neutron scattering experiments reveal signatures of an exotic phase of matter in the pyrochlore magnet .
×

In the quest to realize the exotic phase of matter known as a quantum spin liquid—a state thought to harbor quasiparticles useful for reliable quantum computing—a promising new candidate material has emerged: the pyrochlore magnet . In this material, Jonathan Gaudet of McMaster University, Canada, and colleagues now find the hallmarks of the quantum spin liquid’s ground state, dubbed quantum spin ice. Their results suggest that and other materials with similar chemical compositions might be excellent platforms for investigating the physics of this weird phase.

When most magnetic materials are cooled to low temperatures, the spins of their electrons align in some manner. However, in quantum spin liquids, the spins remain disordered, even at absolute zero. Gaudet and colleagues identified as a promising spin liquid candidate because it possesses well-characterized magnetic moments that are known to stay disordered down to about 50 mK.

Gaudet and colleagues synthesized samples of and used neutron scattering experiments to reveal the spins’ arrangement in the material. The team reports that at a temperature of 60 mK, the neutron scattering patterns closely match those predicted for a quantum spin ice (see 30 August 2012 Synopsis).

A quantum spin ice can host a variety of exotic quasiparticles, such as electric and magnetic monopoles and “emergent photons”—photon-like excitations that arise from complex interactions between many electrons. The team hopes that will become a reliable system for stabilizing these quasiparticles, allowing researchers to easily study their properties in a self-contained quantum electrodynamic system.

Focus: Magnetic Field Gets up to Speed

Simulations suggest that a relatively simple laser technique could produce femtosecond magnetic-field pulses, which currently are only available at a few major lab facilities. Read More » 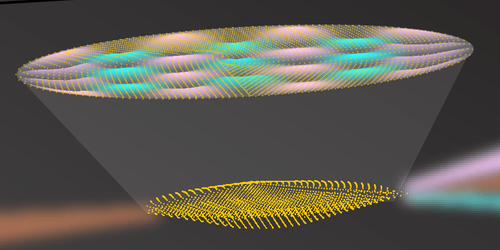 Researchers demonstrate a method for storing quantum information by “painting” spin-wave patterns onto an ensemble of atoms. Read More » 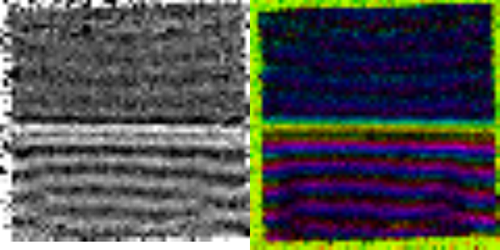