Professor Dr. Albert De Roeck is a senior research scientist and staff member at CERN and a professor at the University of Antwerp, Belgium. He obtained his Ph.D. at the University of Antwerp and then spent ten years at the German particle physics laboratory, DESY, where he and his team made very precise measurements of the quark and gluon structure of the proton, and performed precise tests of the strong force. To pursue his interest in discovering new physics at particle colliders, in particular supersymmetry and extra dimensions, he returned to CERN. During the last ten years, he has played a significant role in the preparation of one of the experiments at the LHC: the Compact Muon Solenoid (CMS). De Roeck is one of the leaders in the CMS physics program and was the deputy spokesperson of the experiment in 2010 and 2011. He is presently the convener of the Higgs search physics group. 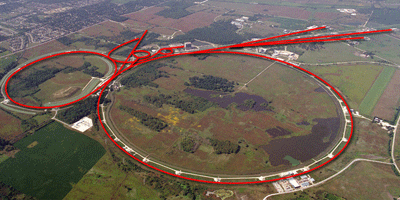 A Fuller Picture of the Higgs Boson

Two collaborations at the Tevatron have combined data from their searches for the Higgs boson and report evidence of a new particle decaying into heavy quark pairs. This could be the first experimental evidence that the same mechanism that gives mass to the carriers of the weak force also underlies the mass of quarks. Read More »