Alexander Carmele is a University Assistant at the Technical University of Berlin. During and after his Ph.D., he was a visitor at Sandia National Laboratories in Albuquerque, New Mexico. For his Ph.D., he received the Carl-Ramsauer Prize from the Physikalische Gesellschaft zu Berlin. In 2013, he was awarded a postdoctoral fellowship from the Alexander von Humboldt Foundation to pursue research on quantum control schemes at the Institute of Quantum Optics and Quantum Information in Innsbruck, Austria. His research is focused on the simulation of strongly coupled photon and electron kinetics in nanostructured condensed-matter systems and quantum light emission from artificial atoms and hybrid systems. 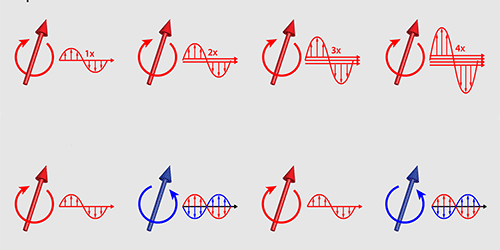 Storing Light in the Dark

Subradiant states of many emitters have been created in a dilute cold-atom gas. Read More »