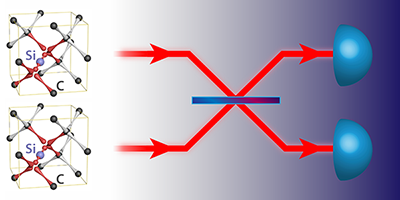 Diamond and Silicon Get Entangled

Two silicon-vacancy centers in diamond can emit photons that are indistinguishable—suggesting they have potential as building blocks for a diamond-based quantum computer. Read More »