Darrick Chang graduated with a Ph.D. in physics from Harvard University in 2008, and subsequently spent three years as a postdoctoral fellow at the California Institute of Technology. Since 2011, he has been the head of the theoretical quantum nanophotonics group at the Institute of Photonic Sciences (ICFO) in Barcelona, Spain. The research interests of his group include quantum light-matter interfaces composed of cold atoms and nanophotonic systems, quantum optomechanics, and plasmonics. 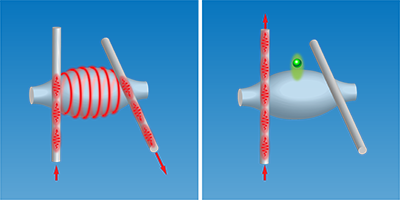 Researchers have succeeded in creating a microphotonic optical switch, in which a single atom redirects photons down different fiber paths. Read More »