David Schmitz is an Assistant Professor in the Department of Physics and the Enrico Fermi Institute at the University of Chicago. He received his Ph.D. from Columbia University in 2008, after which he was a Lederman Fellow at the Fermi National Accelerator Laboratory. He has been chasing neutrinos since he was an undergraduate, from searching for cosmic neutrinos, to studying the details of neutrino interactions with matter, to hunting for sterile neutrinos. He is currently a co-spokesperson for the SBND experiment, one of the three detectors in Fermilab’s Short-Baseline Neutrino program, which will search for sterile neutrino oscillations. 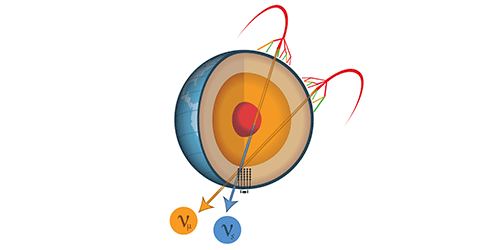 A search for sterile neutrinos with the IceCube detector has found no evidence for the hypothetical particles, significantly narrowing the range of masses that a new kind of neutrino could possibly have. Read More »