Douglas Bryman holds the J. B. Warren Chair and is a Professor in the Department of Physics and Astronomy at the University of British Columbia. His research focuses on the study of rare particle decays, and he has also been involved in detector instrumentation development for high-energy physics and applied physics, for which he has received several patents. In 2011, Bryman was co-recipient of the W. K. H. Panofsky Prize in Experimental Particle Physics from the American Physical Society. He is a Fellow of the APS and in 2012 he was recognized as an APS Outstanding Referee. 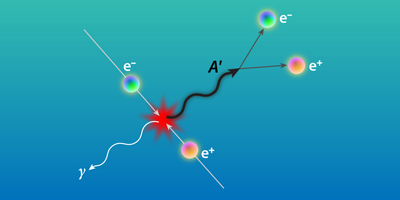 A search for a photonlike particle that could be related to dark matter has come up empty, putting new constraints on models that imagine a dark form of electromagnetism. Read More »