Georg Korn earned a Ph.D. in physics from the Institute for Optics and Spectroscopy, Academy of Sciences, Berlin, in 1983. After a postdoc at the Lebedev Physical Institute of the Russian Academy of Sciences, he worked at institutions such as the Max-Born Institute for Nonlinear Optics and Short Pulse Spectroscopy (Berlin), the Center for Ultrafast Optical Sciences University of Michigan, the University of California, San Diego, the Laboratoir d´Optique Appliquee (Palaiseau, France), the Max Planck Institute for Quantum Optics (Garching, Germany) as well as in the medical laser industry. He has carried out research on a wide range of topics in laser physics and technology, including lasers for fusion, laser-plasma interaction, laser-driven short-pulse x-ray generation, ultrafast and high-power lasers and lasers for material processing and vision correction. Since 2007 he has been the deputy coordinator of ELI (Extreme Light Infrastructure), a European high-power laser-facility project, and later became the chief scientist (2001) and the science and technology manager (2014) of the ELI Beamlines in Prague, Czech Republic. Georg Korn is a Fellow of the OSA and visiting professor at Osaka University. 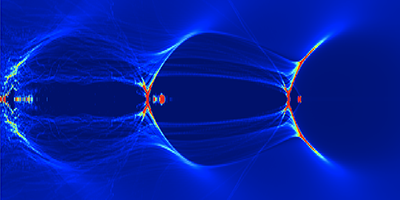 Power to the Electrons

A laser-driven particle accelerator, delivering a beam of electrons with a record-breaking energy of 4.2 giga-electron-volts, could lead to compact x-ray lasers or high-energy colliders. Read More »