Giulio Biroli earned his Ph.D. in physics in 2000 from the Ecole Normale Supérieure in Paris. After two years of postdoctoral research in the condensed-matter theory group at Rutgers University, he joined the Institute of Theoretical Physics at CEA-Saclay as a permanent member. He is a theoretical physicist working on soft and hard condensed matter and statistical physics. For his studies on the thermodynamics and dynamical properties of the glass transition and jamming phenomena, he received the Young Scientist award in Statistical Physics 2007 from the IUPAP. Since 2007 he has been director and organizer of the Beg Rohu summer school of physics. 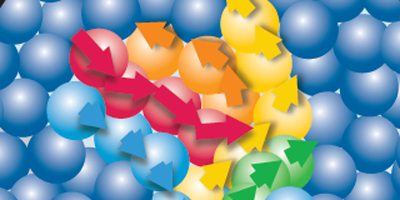 Clearing Up the Mysteries of Glassy Dynamics