Göran Johansson is an Associate Professor at the Applied Physics Laboratory in the Department of Microtechnology and Nanoscience at Chalmers University of Technology. He received his Ph.D. in Theoretical Physics from Chalmers in 1998 and has spent two years as a postdoc in Karlsruhe, Germany. His early research interests were the theory of mesoscopic transport through Josephson junctions, and the theory for readout of superconducting charge qubits. More recently, he has worked on microwave quantum optics, and in particular, the dynamical Casimir effect in superconducting circuits and scattering of 1D microwave fields on artificial atoms. (http://mina4-49.mc2.chalmers.se/~gojo71/) 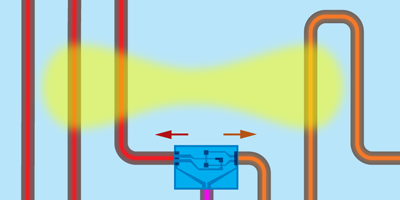 Microwave signals in an entangled state can be generated and then spatially separated on a single chip, enabling quantum communication with microwave technology. Read More »