Iain Moore is a Professor of Physics at the University of Jyväskylä, Finland. He received his Ph.D. in physics from the University of Manchester, UK, in 2001 and spent the next two years at the Argonne National Laboratory in the US. His research group combines methodologies from nuclear, atomic, and laser physics to study the structure of exotic nuclei and also works on the production and manipulation of rare isotope beams. He currently holds a number of international positions including that of spokesperson for the LaSpec Collaboration at the upcoming Facility for Antiproton and Ion Research (FAIR) in Germany. 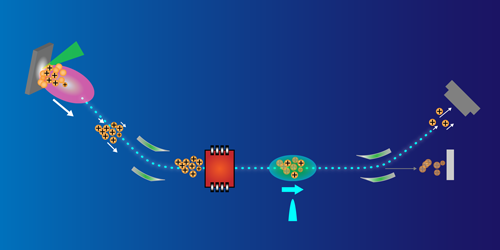 A modified version of a spectroscopic technique used at large-scale radioactive-ion-beam facilities could be used in tabletop experiments. Read More »