Jérôme Faure is a researcher at the Laboratory of Applied Optics (LOA) and Professor at École Polytechnique in Palaiseau, France. He received his Ph.D. in physics in 2001 and spent the next four years in the US at the University of California, Berkeley, and the University of Michigan, Ann Arbor, before returning to France as a CNRS researcher. When he is not busy teaching optics, quantum physics, or statistical physics, he studies the physics of laser-plasma interaction using high-intensity femtosecond lasers. His current research interests include the generation of femtosecond electron bunches via relativistic laser-plasma interaction and the use of electrons for probing ultrafast phenomena in condensed matter. 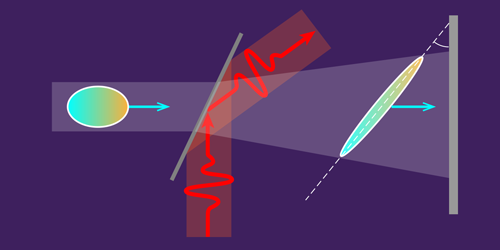 By crossing an electron beam with a terahertz light pulse, researchers are able to generate a tilted electron bunch, which could provide improved temporal resolution to electron microscopy. Read More »