John de Bruyn received his Ph.D. from the University of British Columbia in 1987. Following a postdoctoral fellowship at the University of California, Santa Barbara, he took up a faculty position at Memorial University of Newfoundland in 1989. Since 2005, he has been a Professor in the Department of Physics and Astronomy at the University of Western Ontario, where he served as Department Chair until 2010. He is on the Editorial Boards of Physical Review Letters and the Journal of Non-Newtonian Fluid Mechanics. His current research interests include rheology, soft matter, biological physics, and granular materials. 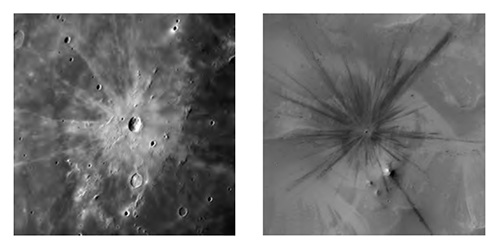 Surface Texture is Key to Rays Forming Around Craters

A classroom demo of a marble falling into flour helps researchers realize the conditions needed to replicate the ray patterns that form around lunar craters. Read More »