Kelly Morrison graduated from Imperial College London with a Ph.D. in physics in 2010. She is currently an EPSRC Fellow and Senior Lecturer at Loughborough University, UK, specializing in magnetothermal measurements, specifically the spin Seebeck effect. Her main scientific interests include spin caloritronics and other magnetoelectric phenomena; energy harvesting; and functional magnetic materials, such as the magnetocaloric effect for solid-state refrigeration. 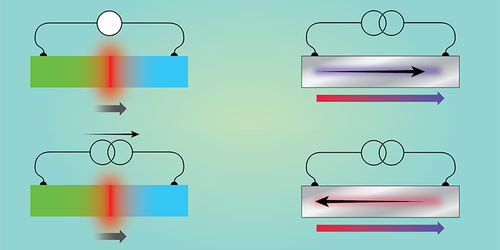 Thermal Imaging of the Thomson Effect

Thermal images of an elusive thermoelectric effect reveal that the effect significantly increases when a magnetic field is applied to the material. Read More »