Mika A. Sillanpää is an associate professor of physics at the Department of Applied Physics at Aalto University, Finland. He earned his Ph.D. in 2005 from Helsinki University of Technology (HUT) with research on experimental superconducting nanoelectronics. He then took a two-year postdoc at the National Institute of Standards and Technology, Colorado,working on superconducting qubits. He returned to HUT (which later became Aalto) and switched focus to nanomechanics. Mika has recently worked on electromechanics, such as low-noise amplification schemes based on the microwave optomechanical concept, and experimental demonstrations of fundamental phenomena including quantum squeezing and entanglement of motion in micromechanical devices. 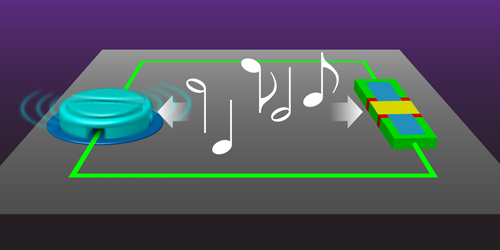 Counting the Quanta of Sound

Two teams demonstrate that they can count the number of quantized vibrations, or phonons, in cold mechanical oscillators by measuring the energy in the vibrations. Read More »