Moti Segev is the Robert J. Shillman Distinguished Professor of Physics at the Technion – Israel Institute of Technology. He received his B.Sc. and Ph.D. from the Technion in 1985 and 1990. After a postdoc at the California Institute of Technology, he joined the faculty at Princeton in 1994 and moved back to the Technion in 1999, where he has been ever since. His interests are mainly in nonlinear optics, photonics, solitons, subwavelength imaging, lasers, quantum simulators, and quantum electronics. He was awarded the 2007 Quantum Electronics Prize, the 2009 Max Born Award, the 2014 Arthur Schawlow Prize, and the 2014 Israel Prize in Physics. He is a member of the Israel Academy of Sciences and Humanities and of the National Academy of Sciences in the US. 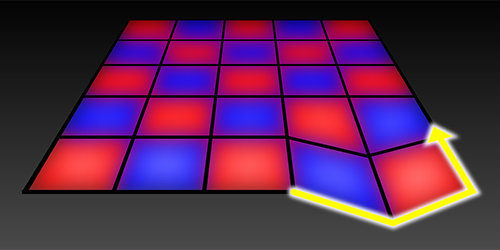 A theoretical framework tries to sort out where topological phases may arise in non-Hermitian systems—which are systems with gain and loss. Read More »