Muriel Fallot is an Assistant Professor in the Department of Physics and of the SUBATECH laboratory at the University of Nantes, France. She received her Ph.D. in nuclear physics from the Pierre and Marie Curie University of Paris in 2002. As a nuclear and reactor physicist, she has spent her career chasing reactor antineutrinos at the Double Chooz, Nucifer, and SoLid experiments. She has contributed to predictions of reactor antineutrino spectra with the development of reactor models and the acquisition of new nuclear data using the technique of total absorption gamma-ray spectroscopy. 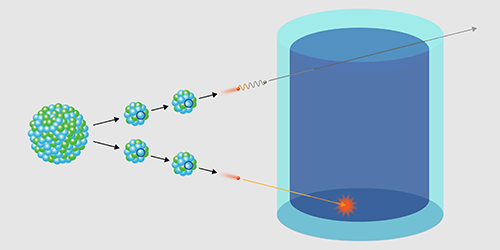 Getting to the Bottom of an Antineutrino Anomaly