Nathan Keim is an Assistant Professor of Physics at the California Polytechnic State University (Cal Poly) in San Luis Obispo. He received his Ph.D. in physics from the University of Chicago in 2010, where he studied memory formation in sheared suspensions and how the breakup of an underwater bubble preserves information about its initial conditions. Before joining Cal Poly in 2014, he was a postdoctoral researcher in mechanical engineering at the University of Pennsylvania, where he experimentally studied locomotion in complex fluids and particle rearrangements in a 2D disordered solid under deformation. His current interests include memory formation in amorphous solids and in liquid contact-line pinning. 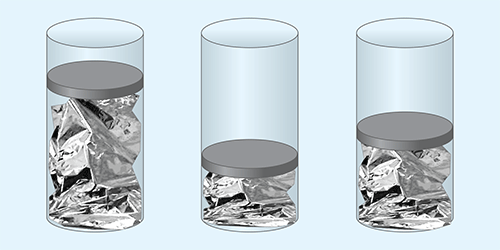 Viewpoint: A Crumpled Sheet’s Remembrance of Things Past

Crumpled sheets “remember” the application and removal of a force for days, a newly discovered memory effect that suggests crumpled sheets are a lot like glasses. Read More »