Peter Rabl received his Ph.D. from the University of Innsbruck in 2006. After postdoc positions at ITAMP/Harvard and the IQOQI in Innsbruck, he became Assistant Professor at the Vienna University of Technology in 2013. His research focuses on the theoretical modeling of quantum optical phenomena and on implementations of quantum computing and quantum simulation schemes in AMO, solid-state, and hybrid quantum systems (http://www.ati.ac.at/tqo). 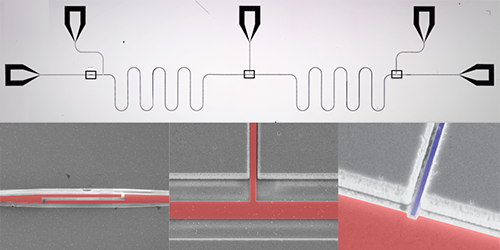 A new quantum device uses a superconducting circuit to monitor a 2D gas of electrons floating on the surface of superfluid helium. Read More »