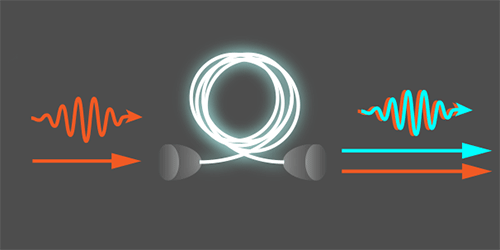 Viewpoint: Photon Qubit is Made of Two Colors

Single particles of light can be prepared in a quantum superposition of two different colors, an achievement that could prove useful for quantum information processing. Read More »