Pierre Michel received his Ph.D. in physics from Ecole Polytechnique, France, in 2003. He then worked at Lawrence Berkeley National Laboratory between 2004 and 2006 as an Andrew M. Sessler Postdoctoral Fellow. Since 2006, he has been working at Lawrence Livermore National Laboratory, where he led the laser-plasma interaction working group during the National Ignition Campaign from 2009 to 2012. In 2012, he was awarded the American Physical Society’s John Dawson Award for Excellence in Plasma Physics for his work on crossed-beam energy transfer. 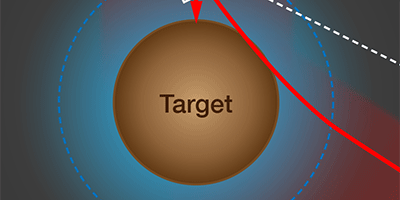 Zooming in on Laser-Driven Fusion

A major source of energy loss in laser-driven fusion could be remedied with the use of optical elements called zooming-phase plates. Read More »