Rene Ong received a Ph.D. from Stanford University in particle physics. Between 1988 and 1991 he was a Robert R. McCormick Fellow of the Enrico Fermi Institute, before becoming W.W. Grainger Assistant Professor and then Associate Professor at the University of Chicago. Since 2001, he has been a Professor of Physics and Astronomy at the University of California, Los Angeles. He is a fellow of the American Physical Society and has held visiting positions at Columbia University, École Polytechnique, and the University of Tokyo. He is currently Co-Spokesperson of the Cherenkov Telescope Array and his research focuses on high-energy astrophysics and searches for dark matter. In 2010 he was recognized as an Outstanding Referee by the American Physical Society. 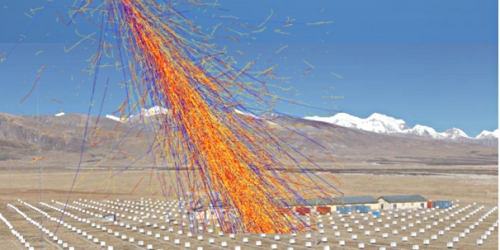 An experiment operating at high altitudes in Tibet has detected the highest energy photons ever observed from an astrophysical source, the Crab Nebula. Read More »