Rudie Kunnen is an assistant professor at Eindhoven University of Technology in the Netherlands. He received his Ph.D. in 2008 from Eindhoven University and then worked as a postdoctoral fellow at RWTH Aachen University in Germany, where he carried out simulations of droplets in clouds. He returned to Eindhoven in 2011. His research focuses on experimental investigations of turbulent flow problems, including understanding rotating convection and how particles behave in turbulence. 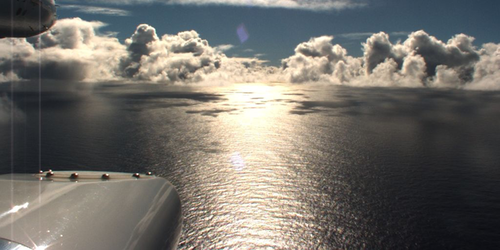 An imaging probe on an airplane observes the clustering of water droplets in clouds, confirming a predicted effect that is correlated with rainfall. Read More »