Stephane Coutu received his Ph.D. from the California Institute of Technology in 1993 for work in particle astrophysics on the MACRO experiment at the Gran Sasso National Laboratory in Italy. He then became involved in a series of investigations of cosmic antimatter (positrons and antiprotons) with the HEAT balloon experiment, first as a postdoctoral scientist at the University of Michigan, and starting in 1997, as a faculty member at Penn State University. He continues his investigations of high-energy cosmic particles with the CREAM and CREST balloon experiments in Antarctica, and the ISS-CREAM instrument, which is to fly to the International Space Station in 2014. He is also involved in the study of the highest-energy particles in the Universe with the Pierre Auger Observatory in Argentina. 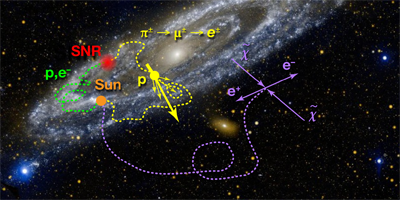