William Nellis is an Associate of the Department of Physics at Harvard University. His research deals primarily with shock compression of fluids and solids, including the making of metallic fluid hydrogen at and tenfold compressed liquid- density. He obtained his Ph.D. from Iowa State University in 1968, where he measured electrical and thermal resistivities of rare-earth single crystals. He then was a postdoctoral researcher in the Materials Science Division at Argonne National Laboratory, where he measured electrical and magnetic properties of actinide ordered and disordered alloys. In 1973 he went to Lawrence Livermore National Laboratory where he investigated condensed matter at extreme pressures and temperatures achieved by shock compression and was Head of the High Pressure Sciences Center in the Institute of Geophysics and Planetary Physics. Since retiring from LLNL he has been at Harvard University. He is a Fellow of the American Physical Society and holds the American Physical Society’s Duvall Award for Shock Compression of Condensed Matter. He also holds the Bridgeman Award of the the International Association for High Pressure Science and Technology (AIRAPT) and is a Past-President of that association. 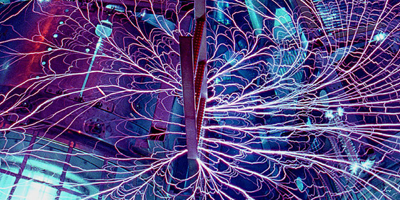 Magnetically accelerated metal plates are used to compress water to high pressures and temperatures like those inside Neptune and Uranus, permitting measurements that aid in the development of models of planetary interiors. Read More »