One Hundred Years of General Relativity

November 2015 marks the centennial of Einstein’s theory of general relativity. Here is a collection of Physics articles about APS papers that grew out of Einstein’s ideas. 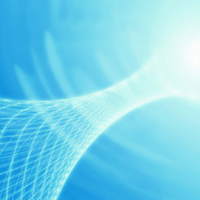 The Birth of Wormholes

In 1935, Einstein and Nathan Rosen, both at the Institute for Advanced Study at Princeton University, introduced what science fiction readers would recognize as a wormhole—a tunnel-like short-cut between two regions of spacetime. The pair were trying to avoid the troublesome singularities that appear in the mathematics of general relativity and electromagnetism. They modified the so-called Schwarzschild metric, which we now know describes the spacetime around a static black hole. In their solution, as you move toward the point of strongest gravity, you avoid the mathematical weirdness at the center and at the Schwarzschild radius by emerging at another location. 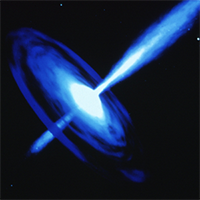 In 1939, J. Robert Oppenheimer, of the University of California, Berkeley—later known as the father of the atomic bomb—published a paper with graduate student Hartland Snyder proposing the concept that we now call a black hole. They showed that general relativity allowed the core of a massive supernova to continue collapsing beyond the neutron star stage to a state that is cut off from any communication with the outside world. Their theory described a collapsing object without rotation, but real black holes do rotate. In 1963, Roy Kerr of the University of Texas at Austin and Wright-Patterson Air Force Base in Ohio addressed this issue by publishing a mathematical description of the spacetime around a spinning black hole. 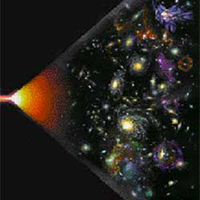 In a 1948 paper, three physicists were the first to calculate the direct physical effects of the expansion of the Universe by deriving the abundances of the chemical elements. Ralph Alpher, then a Johns Hopkins University graduate student, Hans Bethe of Cornell University, and George Gamow of George Washington University, used a mathematical model of the Universe’s expansion based on general relativity along with their knowledge of nuclear reactions. Their model turned out to be wrong in important ways—and only predicted correct abundances by accident—but its basic principles can still be found in the latest cosmological theories. 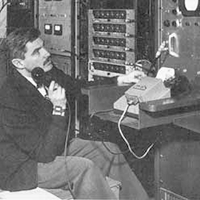 The Weight of Light

General relativity predicts that a light beam aimed downward from a high place will gain energy as it drops and slightly increase in frequency. This effect is tiny, but in 1959 an extremely precise method for measuring gamma-ray frequencies was discovered (the Mössbauer effect). Robert Pound and Glen Rebka of Harvard University exploited the new technique, setting up a gamma-ray source 74 feet above a detector. They measured a frequency shift of just a few parts in 1015 and verified the so-called gravitational redshift to within ten percent of the expected value. 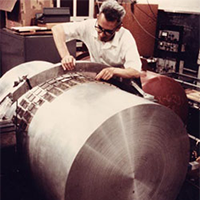 A Fleeting Detection of Gravitational Waves

In the 1960s, Joseph Weber, a physicist at the University of Maryland, College Park, set out to detect gravitational waves by suspending one-ton aluminum cylinders from steel wires. His plan was to look for a resonant “jiggle” in the metal bars, indicating the passage of a wave. In 1969, he claimed that two bars located at faraway labs vibrated at nearly the same time and with amplitudes too large to be accidental blips—evidence, he believed, for gravitational ripples. Although Weber’s results were never reproduced, his work inspired today’s ongoing search for the elusive waves. 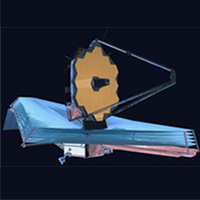 Two important problems cosmologists faced in the late 1970s were (1) the Universe appears perfectly uniform in all directions, yet there should not have been time for all regions to mutually equilibrate; and (2) the Universe is extremely flat (zero curvature), even though expansion should increase curvature. Alan Guth of Stanford University solved both problems with his 1981 theory of cosmic inflation, the idea that a tiny region of space expanded at an exponential rate during the first fractions of a second of the life of our universe. The theory is supported only by indirect evidence, but it remains a central and widely accepted concept in modern cosmology. 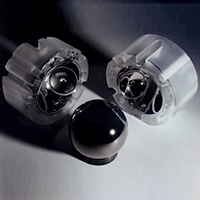 A General Relativity Test 50 Years in the Making

According to general relativity, a rotating planet warps spacetime, like a bowling ball on a trampoline, and also drags it around, like a blender whirling in honey. Gravity Probe B (GPB) was an ambitious experiment to test both predictions with high precision. Conceived in the 1960s, the idea was to detect the tiny precession of gyroscopes on an Earth-orbiting satellite; the expected precession from the planet’s drag was just 10 millionths of a degree per year. By the time GPB completed its mission in 2011, more precise tests of the dragging effect existed. But at its inception it was the first such experiment to use man-made objects.

Read the Viewpoint by Clifford Will.

For more research related to Einstein’s theory, check out our full archive of Gravitation articles.