As far as we know, the laws of thermodynamics are on solid ground. But physicists are finding that certain classical notions of the theory, like “work,” become fuzzy when describing a heat engine comprised of atom-sized parts whose positions fluctuate according to the rules of quantum mechanics. Gaining clarity about the capability and efficiency of such quantum thermal machines is one of many pursuits that interest Marcus Huber, who leads a group at the Institute for Quantum Optics and Quantum Information in Vienna. While he is technically a theorist, Huber recently started a lab to explore quantum communication with “qudits,” which have more degrees of freedom to entangle than qubits. In an interview with Physics, he explained the questions physicists are asking about quantum thermal machines, why the quest to answer them appeals to his inner philosopher, and how he chose an unusual Skype name.

Your research brings together two big subjects: quantum information and quantum thermodynamics. How do they fit together?

In quantum thermodynamics, we ask a similar question, but for the design of a thermal machine. Say that we’re building a refrigerator, and we want to make it smaller and smaller. At some point the refrigerator will be made up of only a few atoms. What are the fundamental limits to this machine’s efficiency? Can it benefit from the atoms being in a quantum superposition, or from quantum interference and entanglement?

What uses might we find for the quantum machines that you study?

One big goal is an autonomous refrigerator. Imagine a quantum system comprised of a small number of particles—a few atoms or photons. You want to set up this machine so that it couples to a thermal bath and—like a steam engine—uses heat flow from a hot reservoir to a cold one to put an object in motion or perform some other task. We want to figure out how to build such autonomous quantum devices and how efficient they are.

Another idea that fascinates me is using quantum machines to recycle waste heat from an everyday device, such as a mobile phone. The energies involved would be small, so this approach wouldn’t allow you to recharge your phone’s battery. But you could use it to cool down a quantum processor of a couple of hundred quantum bits—like those envisioned for quantum computing schemes—to cryogenic temperatures.

Your research has reexamined the classical notion of work in a quantum setting. What can you say about work in this case?

There’s an ongoing debate in the community about how to define work at the quantum scale. Say a weight is lifted, a typical example of doing work. The amount of work done depends on the height to which the object has been lifted, but this height will fluctuate in a quantum system: The object might sometimes be twice as high or on the ground. But on average, it will be at a certain height. This could be sufficient for a notion of work. But do we want to define work in terms of averages? Or do we want the definition to be more deterministic?

I’m not entirely confident that there’s one beautiful, universal notion of work at the quantum level. We may really need to ask, “work for which task?”

You recently published a paper in Physical Review Letters in which you described a “no go” theorem for work done in a quantum system. Could you tell me about the theorem and its implications?

We show that some definitions of work for classical systems aren’t compatible with quantum-coherent states. This no-go theorem can mean different things. One is that work might not be meaningfully defined for these states. Another—my favorite—is that observing the work done on a quantum system fundamentally changes the work itself. In other words, quantum systems “work” best when left unobserved.

What drew you to this area of research?

I have always been interested in the philosophy of science and the origin and nature of knowledge itself. And it seemed that quantum physics posed some of the most difficult challenges, including from the philosophical side. But I’ve never been satisfied with trying to work out what things truly are. I’m more interested in an “operational” perspective: What can I say about things? What can I predict? I think it deepens your understanding of things if you work out what you can do with them.

Without giving away your personal information, I’m curious about how you picked your Skype handle, which combines “entanglement” with “anarchy”?

The first part actually comes from the state of my hair, which is really entangled. The second part is an homage to a utopian thought. In the long run, I would like humankind to escape from the pitfalls and petty squabbles that hurt so many, such as nations, borders, war, and oppression. We’ll have to overcome these things if we want to reach our full potential and to explore and understand the Universe.

Know a physicist with a knack for explaining his or her research to others? Write to physics@aps.org. All interviews are edited for brevity and clarity. 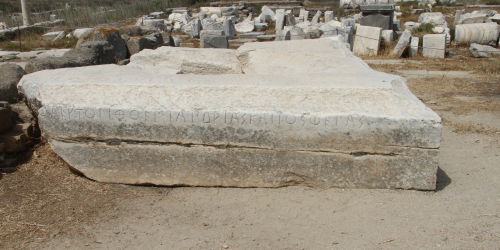 The number of excess vibrational modes in glasses scales differently in two dimensions than it does in three. Read More »

Pushing the Limits of Quantum Sensing with Variational Quantum Circuits

Variational quantum algorithms could help researchers improve the performance of optical atomic clocks and of other quantum-metrology schemes. Read More »