May 8, 2015• Physics 8, 43
A new device for recycling the helium coolant in an MRI scanner or similar machine uses elevated pressure to dramatically increase the rate at which helium is liquefied.
×

Liquid helium is vital for lab and hospital instruments that operate near absolute zero. A new helium liquefaction technology allows “wasted” helium—the warm gas that boils out of an instrument—to be recycled with high efficiency, saving on the cost of liquid helium at labs where a liquefier has previously been too expensive. The idea involves cooling and liquefying helium at higher pressure than other small-scale liquefaction devices. Experiments show that the increased pressure speeds up the liquid production rate by as much as .

MRI scanners, NMR machines, and superconducting devices such as SQUIDs require liquid helium to stay cold. The liquid continuously boils off and is typically released to the atmosphere. So hospitals and laboratories must regularly purchase tanks of liquid helium, the world supply of which has been uncertain in the past few years. “You don’t always get the helium when you need it,” says Conrado Rillo from the University of Zaragoza, Spain.

At large industrial sites and labs, boiled-off helium is often reclaimed through a system of pipes and liquefied at a central facility through the Collins technique. These large machines drive helium gas through a compression/expansion cycle to produce liquid helium, similar to a refrigerator. For high efficiency, the minimum production rate is several hundred liters per day, times the need of most hospitals and laboratories. The excess liquid would warm up in storage and would have to be reliquefied. “Collins is too big and too complex for most institutions,” Rillo says.

Several research groups have therefore developed smaller-scale liquefiers, some of which have design elements in common. Rather than using a compression/expansion cycle, the helium gas is simply brought into direct contact with the cold surface of a low-temperature refrigerator called a cryocooler. The cryocooler cools a cylindrical rod, or “cold finger,” that sits in the long neck at the top of an insulated vessel called a Dewar. Incoming gas at room temperature ( ) enters at the top of the Dewar and descends along the cold finger surface, cooling as it goes. At the bottom of the finger, the gas condenses into a liquid and collects in the reservoir below.

Rillo and colleagues’ liquefier is more efficient than other small-scale devices [1] because it’s designed to work at higher helium pressures, rather than at atmospheric pressure. In 2012 the team began selling liquefiers with their design, and now, in Physical Review Applied, they demonstrate why their technology results in a faster liquefaction rate.

A second advantage of high pressure comes from the way helium’s thermal energy changes with temperature, as determined by basic thermodynamics. When cooling at higher pressure, this energy drops more steeply near the start of cooling, so that most of the energy is removed at higher temperatures, where the cryocooler is most effective.

The team has now compiled data from several of their instruments using different pressures. At atmospheres, it takes roughly days to produce liters of liquid helium, starting from room temperature gas. The same output would require almost days at atmosphere.

John Pfotenhauer of the University of Wisconsin in Madison says that cryocooler-based helium liquefiers like this are “a great solution for labs or groups whose helium consumption is modest.” Wilfred van der Geest from the University of Leiden in the Netherlands has one of Rillo’s liquefiers in his lab, which he says produces about liters per day. He thinks these systems would be perfect for hospitals and NMR labs. “You can be self-supporting, and certainly that’s interesting with the high price of liquid helium.”

Correction (11 May 2015): The figure caption has been revised to correct an error in the description of the components of the liquefier system.

Michael Schirber is a Corresponding Editor forPhysics based in Lyon, France. 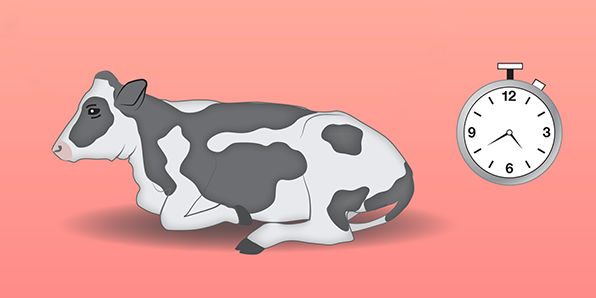