Alexei Sokolov is a professor of Physics and Astronomy at Texas A&M, where he holds the Stephen Harris Professorship in Quantum Optics. He obtained an M.S. from Moscow Institute of Physics and Technology in 1994 and a Ph.D. in physics from Stanford University in 2001. His general expertise is laser physics, nonlinear optics, ultrafast science, and spectroscopy. Specific areas of interest include the generation of subcycle optical pulses with prescribed temporal shape; ultrafast atomic, molecular, and nuclear processes; and applications of molecular coherence in biological, medical, and security‐oriented areas. 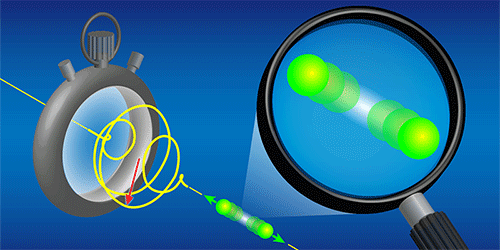 Experiments capture the motion of an ionized molecule with an unprecedented combination of spatial and temporal resolution. Read More »