Allan H. MacDonald received his B.Sc. degree from St. Francis Xavier University, Antigonish, Nova Scotia, Canada, in 1973, and M.Sc. and Ph.D. degrees in physics from the University of Toronto in 1974 and 1978. He was a member of the research staff of the National Research Council of Canada from 1978 to 1987 and has taught at Indiana University (1987–2000) and the University of Texas at Austin (2000–present) where he now holds the Sid W. Richardson Chair in Physics. He has contributed to research on electronic structure theory, the quantum Hall effect, magnetism, and superconductivity, among a variety of other topics. Dr. MacDonald is a member of the American Academy of Arts and Sciences and the US National Academy of Sciences and has been awarded the Herzberg Medal (1987), the Buckley Prize (2007), and the Ernst Mach Honorary Medal (2012). 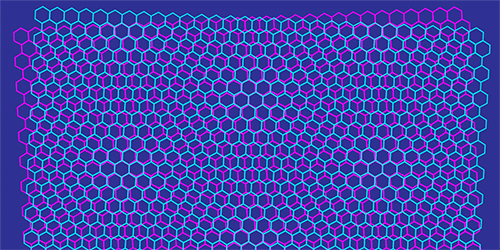 Superconductivity, magnetism, and other forms of interacting electron behavior—bilayers of graphene seem to have it all. Researchers are now using this pristine material to unlock the secrets of interacting-electron phenomena with unprecedented control and tunability. Read More »