Andrea Alù is an Associate Professor and David & Doris Lybarger Endowed Faculty Fellow at The University of Texas at Austin. He received his Ph.D. in electronic engineering in 2007 from the University of Roma Tre, Italy. After a postdoctoral fellowship at the University of Pennsylvania, in 2009 he joined the faculty at UT Austin. His current research interests span a broad range of areas, including metamaterials and plasmonics, electromagnetic theory and applications, nanooptics and photonics, and acoustics. Over the last few years, he has received several awards for his research work, including the OSA Adolph Lomb Medal (2013), the IUPAP Young Scientist Prize in Optics (2013), the SPIE Early Career Investigator Award (2012), the URSI Issac Koga Gold Medal (2011), the NSF CAREER award (2010), the AFOSR (2010) and DTRA (2011) Young Investigator Award. He is an IEEE and an OSA Fellow, an APS Outstanding Referee, and an OSA Traveling Lecturer. For more information, please see http://users.ece.utexas.edu/~aalu. 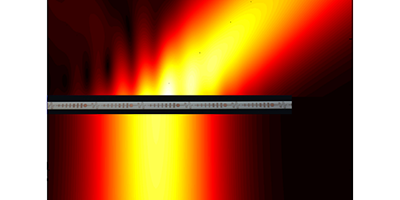 Ultrathin screens made of metamaterials can bend or reshape a wave transmitted through them without generating any reflection. Read More » 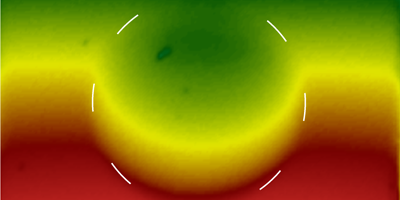 Two experiments show that metamaterials can shape the thermal distribution around an object, eliminating its disturbance of the thermal flux. Read More »