Ashvin Vishwanath is a theoretical physicist specializing in condensed-matter physics. He holds an undergraduate degree from the Indian Institute of Technology, Kanpur, and a Ph.D. from Princeton University. Following a Pappalardo Postdoctoral Fellowship at the Massachusetts Institute of Technology, he joined the University of California, Berkeley, where he is now Professor of Physics. His research interests include the theory of topological phases such as Weyl semimetals, quantum phase transitions, magnetism, and superconductivity. His work has been recognized with a Guggenheim Fellowship (2014) and a Simons Investigator award (2015). He is a Fellow of the American Physical Society and holds a Distinguished Visiting Research Chair at the Perimeter Institute. 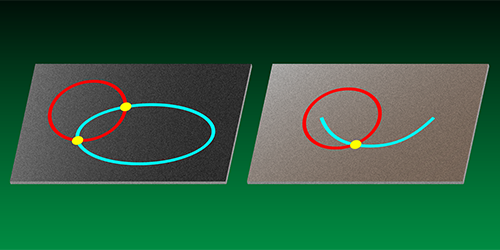 Where the Weyl Things Are

Analogs to massless fermions predicted by particle physicists 80 years ago have been found in a crystalline metal and in a photonic crystal. Read More »