Bryce Gadway is an Assistant Professor of Physics at the University of Illinois at Urbana-Champaign. He is an experimentalist working in atomic, molecular, and optical physics, and he specializes in the use of ultracold atoms and molecules for quantum simulation and the exploration of new states of quantum matter. His group at the University of Illinois has made contributions to the study of topological and disordered systems using ultracold atoms, with the general aim of exploring novel transport phenomena driven by the marriage of these ingredients and interactions. In pursuit of these goals, his group has pioneered new techniques based on developing synthetic lattices for cold atoms and molecules. 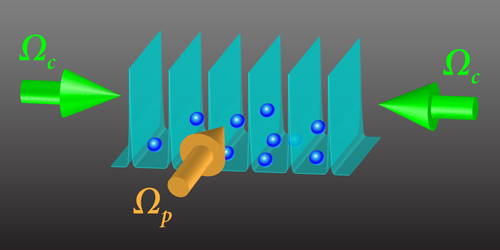 Sharpening the Features of Optical Lattices

Lasers trap cold atoms in a lattice of potential barriers much narrower than the lasers’ wavelength. Read More »