Chris Van de Walle is the Herbert Kroemer Distinguished Professor in the Materials Department at the University of California, Santa Barbara. Prior to joining UCSB in 2004, he was a Principal Scientist at Xerox PARC. He received his Ph.D. from Stanford University in 1986, he is a Member of the National Academy of Engineering, and a Fellow of the APS, AVS, AAAS, MRS, and IEEE. Van de Walle develops and employs first-principles computational techniques to model the structure and behavior of materials. He has studied semiconductor interfaces, defects and impurities, the behavior of hydrogen in materials, loss mechanisms in light emitters, and spin centers for quantum computing. In 2008 he was recognized as an Outstanding Referee by the American Physical Society. 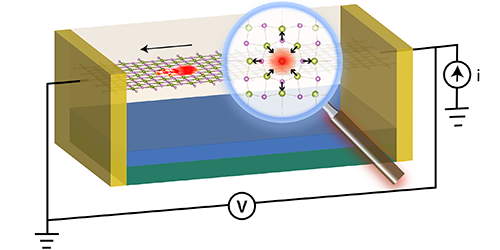 Polarons Get the Full Treatment

A new way to model polarons combines the intuition of modeling with the realism of simulations, allowing these quasiparticles to be studied in a broader range of materials. Read More »