Derek Jackson Kimball was awarded his Ph.D. in 2005 from the University of California, Berkeley. Afterwards, he joined the faculty of California State University, East Bay, where he has mentored more than 50 undergraduate students. In his research, Jackson Kimball uses techniques of experimental atomic physics and nonlinear optics for precision tests of the fundamental laws of physics. In particular, his research focuses on searches for exotic spin-dependent interactions that may have a connection to dark matter or dark energy. 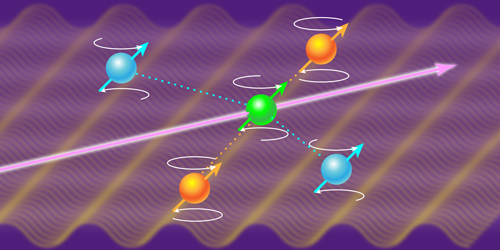 Spin Gyroscope is Ready to Look for New Physics

An enhanced version of a magnetometer based on atomic spins could be used to search for theoretically predicted exotic fields with ultrahigh sensitivity. Read More »