Eran Sela is an associate professor at Tel Aviv University. He earned a B.Sc. in physics and mathematics at Bar-Ilan University and a Ph.D. in physics at the Weizmann Institute of Science. Prior to joining Tel Aviv University, he worked as a research fellow at the University of British Columbia (2007–2009) and at the University of Cologne (2009–2012). His research interests include the analysis of strongly correlated electronic systems, low-dimensional systems (quantum wires, quantum dots), topological phases of matter, and quantum entanglement in many-body systems. 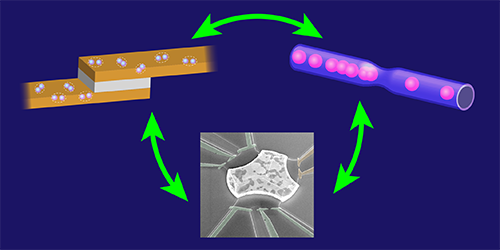 An electrical circuit simulates a quantum phase transition induced by the presence of an impurity in a one-dimensional conductor. Read More »