Holger Müller is an Associate Professor of Physics at the University of California, Berkeley, and a Faculty Scientist in the Molecular Biophysics and Integrated Bioimaging Division of the Lawrence Berkeley National Laboratory. He did his undergraduate work at the University of Konstanz, Germany, and earned his Ph.D. from Humboldt University of Berlin, in 2004. As a postdoc, Müller was an Alexander von Humboldt fellow in the group of Steven Chu at Stanford, where he began studying atom interferometry. In 2009, he joined the physics faculty at UC Berkeley, where he leads a research group that uses matter-wave interferometry as both an applied technology and as a probe of fundamental physics. 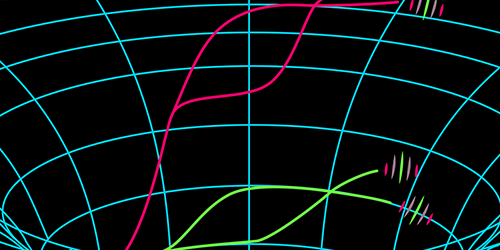 Viewpoint: Measuring the Tidal Force on a Particle’s Matter Wave

The effect of the tidal force, which is directly related to the curvature of spacetime, on an individual particle’s wave function has been measured with an atom interferometer. Read More »