Ian Spielman in an experimentalist who received his Ph.D. in physics from the California Institute of Technology in 2004, studying quantum Hall bilayers. From there he moved to NIST in Gaithersburg, Maryland, for a two year NRC postdoc in the Laser Cooling and Trapping group, studying the physics of the superfluid-to-insulator transition in 2D atomic Bose gases. In 2006, he assumed his current position as a NIST physicist and a fellow of the newly founded Joint Quantum Institute (JQI). His research interests focus on using ultracold atomic systems to realize Hamiltonians familiar in condensed matter physics. This includes the pioneering work on creating artificial gauge fields for neutral atoms using laser atom interactions.

An optical lattice of flux

A suitable optical lattice for cold atoms could produce a large effective magnetic field in which the atoms would realize analogs to quantum Hall states. Read More » 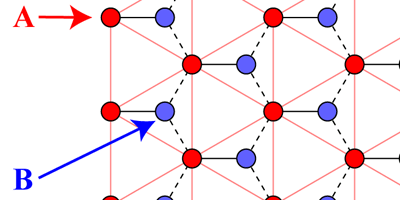