Jonathan Engel is a professor at the University of North Carolina, Chapel Hill.  He received his Ph.D. from Yale in 1986 and pursued postdoctoral research at both the California Institute of Technology, where he worked with Petr Vogel, and at the Bartol Research Institute of the University of Delaware.  He has a longstanding interest in tests of fundamental physics in nuclei. He is currently the principal investigator of the Department of Energy’s Topical Nuclear Theory Collaboration for Double-Beta Decay and Fundamental Symmetries. In 2014 he was recognized as an Outstanding Referee by the American Physical Society. 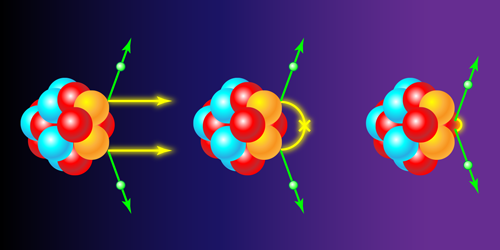 The Hunt for No Neutrinos

Four experiments have demonstrated new levels of sensitivity to neutrinoless double-beta decay, a process whose existence would prove that neutrinos are their own antiparticles. Read More »