Louis Strigari is a Professor of Physics and Astronomy at the Mitchell Institute for Fundamental Physics and Astronomy at Texas A&M University. He obtained his Ph.D. in physics from The Ohio State University in 2005, and he was a postdoctoral research fellow at the University of California, Irvine, and at Stanford University. He has been an Assistant Professor at Texas A&M since 2014. His research interests include dark matter, neutrino astrophysics, and the structure of the Milky Way galaxy and its nearby dwarf satellite galaxies. 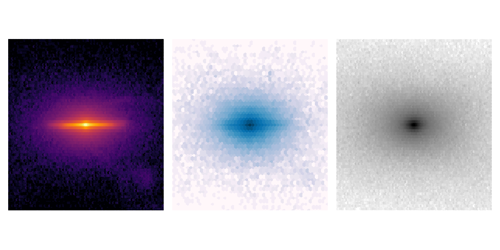 Numerical simulations indicate that the speed of dark matter in the Milky Way could be found by measuring the speeds of the Galaxy’s oldest stars. Read More »