Marco Polin received his Ph.D. in 2007 from New York University. He then moved to the Department of Applied Mathematics and Theoretical Physics (DAMTP) at the University of Cambridge where he worked until 2013, first as a Marie Curie Fellow and then as an EPSRC Fellow. While in Cambridge, he has been a Junior Research Fellow at Clare Hall. Since 2013 he has been Assistant Professor in the Physics Department at the University of Warwick. Marco's research lies at the interface between cell locomotion, microhydrodynamics and statistical mechanics. 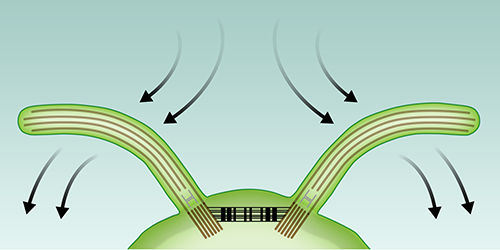 A study of the breaststroke motion in swimming algae shows that hydrodynamic forces cannot explain the synchronization between the microorganism’s two “arms.” Read More »