Mark Keller obtained his Ph.D. from Yale University in 1995 and then began a National Research Council postdoctoral fellowship at NIST in Boulder, Colorado, becoming a permanent staff scientist in 1996. He was awarded a Presidential Early Career Award for Scientists and Engineers in 2000. He led the development of current and capacitance standards based on single-electron tunneling for over a decade before turning his attention to spintronics. Since coming to NIST, his only extended time away has been for a sabbatical year in Bern, Switzerland. 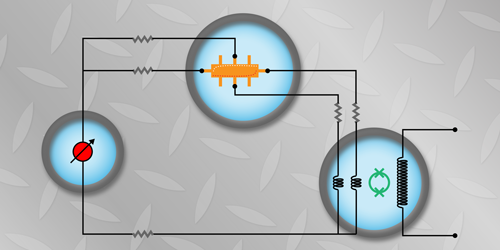 A New Era for the Ampere

A precision quantum current source has been designed to calibrate currents in terms of the soon-to-be-redefined International System of Units. Read More »