Oliver Kirsebom obtained a Ph.D. in physics in 2010 from Aarhus University in Denmark. He then spent three years as a postdoctoral researcher at TRIUMF in Canada before returning to Aarhus University, where he is now an assistant professor on a grant from the Villum Foundation. Oliver performs experiments at various accelerator laboratories, including ISOLDE, in Switzerland, and JYFL, in Finland, to better understand light atomic nuclei and their role in nucleosynthesis and the energy generation in stars. Some of his most recent research has been concerned with alpha clustering in relation to carbon production in stars. 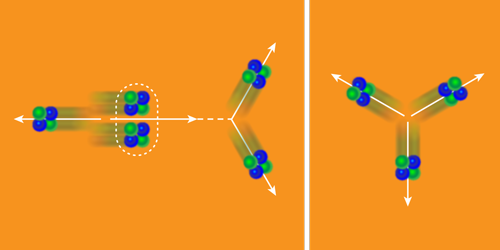 Two experiments provide the most precise picture to date of how an excited state of carbon decays into three helium nuclei. Read More »