Riccardo Brugnera is an Associate Professor at the University of Padua, Italy. He worked for the ZEUS experiment at the HERA collider studying J/Ψ and heavy quark production in electron-proton collisions. He then switched his interests to neutrinos, participating in the OPERA experiment at LNGS, Italy, which made the first direct detection of νμ→ ντ oscillations in appearance mode. He is the spokesperson of the GERDA experiment at the LNGS, which is dedicated to the study of neutrinoless double-beta decay of 76Ge. He is also a member of the LEGEND neutrinoless-double-beta-decay experiment and of the JUNO neutrino-oscillation experiment. 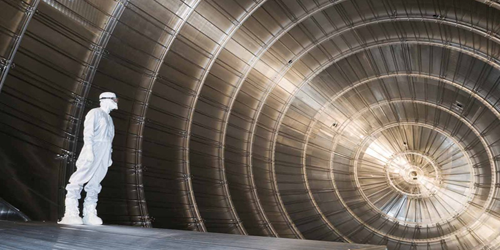 Homing in on the Neutrino Mass

The Karlsruhe Tritium Neutrino Experiment (KATRIN) shows that the mass of the neutrino is no larger than about 1 eV—cutting in half the existing limit derived from similar experiments. Read More »