Siddharth A. Parameswaran is an Associate Professor at the Rudolf Peierls Centre for Theoretical Physics at the University of Oxford, UK. After receiving a Ph.D. from Princeton University in 2011, he spent three years as a Simons Postdoctoral Fellow at the University of California, Berkeley, before joining the University of California, Irvine, as an Assistant Professor. He moved to Oxford in August 2017 but remains on leave from UC Irvine in the 2017–18 academic year. He is interested in many aspects of quantum condensed-matter physics, but the most recent focus of his work has been on topological phases and many-body localization. In 2015, he received a CAREER Award from the US National Science Foundation. 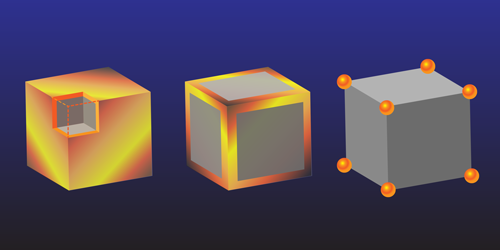 Theorists have discovered topological insulators that are insulating in their interior and on their surfaces but have conducting channels at corners or along edges. Read More »