Simon Cornish is a Professor in the Department of Physics at Durham University and a member of the Joint Quantum Centre Durham-Newcastle. He was educated at Oxford University where he received his Ph.D.in experimental atomic physics in 1998. He developed an interest in ultracold atoms while he was a Lindemann Fellow at the University of Colorado where he undertook pioneering experiments on Bose-Einstein condensation with tunable interactions. His current research interests include the study of bright matter-wave solitons, quantum degenerate mixtures, and the formation of ultracold heteronuclear molecules for applications in quantum simulation.

From atoms to molecules (and back) 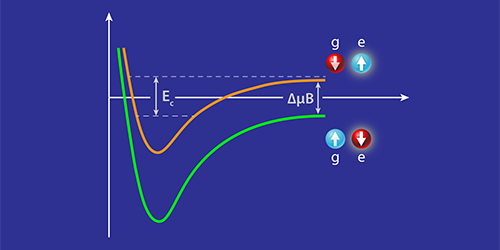 Two separate groups have managed to control the interactions in a cold atomic gas in which each atom has two valence electrons. Read More »