Stefan Luding received his Ph.D. from the University of Freiburg, Germany. After a postdoc at Paris IV, Jussieu, he joined the Computational Physics group at the University of Stuttgart, Germany, where he achieved his habilitation in 1998. In 2001, he moved to DelftChemTech at Delft University of Technology, Netherlands, as Associate Professor in Particle Technology. Since 2007 he has chaired the group Multiscale Mechanics (MSM) at the Faculty of Engineering Technology and MESA+ at the University of Twente, Netherlands. His major research interests are granular matter, non-Newtonian flow rheology, nonlinear solids, particle interactions, cohesive powders, asphalt, composites, bio-/micro-fluid systems, self-healing materials, and micro-macro transition methods. 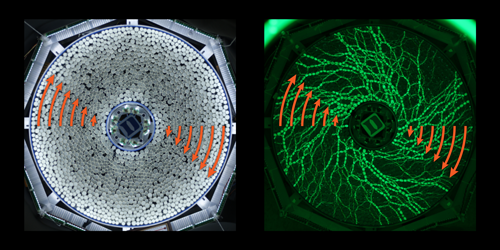 The characterization of a new transition in sheared grains helps to fill in the phase diagram for granular materials. Read More »