Susanne Yelin works in theoretical atomic and molecular physics. She received her diploma from the University of Stuttgart, Germany, and a Ph.D. from the Ludwig-Maximilians University in Munich, Germany. After a postdoctoral fellowship at the Hanscom Air Force laboratory/MIT and then at the Institute of Theoretical Atomic and Molecular Physics at the Harvard/Smithsonian Center for Astrophysics, she is now a Professor of Physics at the University of Connecticut. She also joined the faculty of the Harvard Physics Department as a Senior Research Fellow, where she is a Co-PI of the Center for Ultracold Atoms, an NSF Physics Frontier Center. Recently, she received the Willis E. Lamb Award for Laser Science and Quantum Optics. Her research is centered around many-body and nonlinear quantum optics. Her interests include superradiant systems, many-body quantum information science, ultracold molecules, and atomic metamaterials. In 2008 she was recognized as an Outstanding Referee by the American Physical Society. 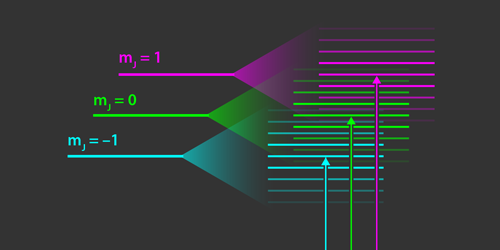