Thierry Giamarchi holds a Ph.D. in physics from Paris XI University. A permanent member of France’s CNRS since 1986, he was a postdoc/visiting fellow at Bell Laboratories between 1990 and 1992, and in 2002 he became full professor in the Condensed Matter Department of the University of Geneva. His research focuses on the effects of interactions in low-dimensional quantum systems, such as Tomonaga-Luttinger liquids, and on the effects of disorder in classical and quantum systems. He is a fellow of the American Physical Society and, since 2013, a member of the French Academy of Sciences. In 2010 he was recognized as an Outstanding Referee by the American Physical Society. For more information visit: https://dqmp.unige.ch/giamarchi/thierry-giamarchi/

An angle-resolved photoemission spectroscopy study of electron transport along quasi-one-dimensional - chains of reveals puzzling behavior that does not fit within the available one-dimensional theory frameworks and likely points to undiscovered physics. Read More » 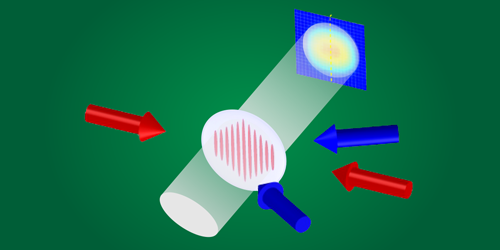 The Tomonaga-Luttinger theory describing one-dimensional materials has been tested with cold atoms and arrays of Josephson junctions. Read More »